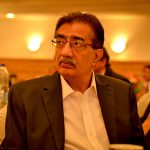 Mr. Lakhani is a Trustee of Layton Rehmatullah Benevolent Trust (LRBT), Lakson Medical Trust, R & I Trust and Director of Pakistan Business Council. He has been Chairman of the Cigarette Manufacturers Association of Pakistan, Aga Khan Economic Planning Board for Pakistan and Vice President of the American Business Council of Pakistan. An MBA in Finance and International Business from The Wharton School of Business, University of Pennsylvania (USA) and holder of Bachelor of Science in Industrial Engineering from Stanford University (USA), Mr. Amin Mohammed Lakhani is part of the Executive Leadership Team of Lakson Group of Companies. Mr. Amin Mohammed Lakhani is Chief Executive of SIZA Foods (Private) Ltd., the franchise holders of McDonald’s restaurants in Pakistan, a world known Multinational Corporation serving fast foods. Under his dynamic leadership, SIZA has succeeded in a short period of 18 years in making McDonald’s almost a household name in Pakistan, expanding the network of its restaurants to 43 in key cities of the country. He has also won “Golden Arches Award” 2011 from McDonald’s Corporation, the highest award an owner-operator can receive from McDonald’s.

His rich experience in finance, marketing, management and production spanning over 31 years has enabled him to serve as CEO of 15 unlisted public and private limited companies, Director on the Corporate Boards of 4 Lakson Group companies listed on Stock Exchange in Pakistan and Director in 12 other unlisted public and private limited companies of the Lakson Group.

Mr. Lakhani actively participates in social activities. He is a Founder Member of Pakistan Chapter of Young Presidents’ Organization, and served as the local Chapter’s chairman for the 2006-07 term. He is a Member of Stanford Alumni Association as well as of The Wharton Alumni Association. He is an ardent sport enthusiast and his favourite sporting activities include riding, playing polo, tennis and golf. He has widely travelled around the globe and takes interest in international/current affairs.

Mr. Lakhani strongly believes in Lakson Group’s philosophy of paying back to the society. He is a Trustee of Hasanali & Gulbanoo Lakhani Foundation, a Lakson Group welfare trust. The Foundation provides educational and medical facilities to the deserving and needy persons and helps people in other areas and also a Trustee of Amin, Saira and Anika Lakhani (ASAL) Foundation.

Ms. Anushka Zulfiqar Lakhani is BSE from Wharton School of Business, University of Pennsylvania and MBA from Harvard Business School. She serves as Director on the Corporate Board of 03 Group Companies that are listed on Stock Exchange and also Director on 06 Public un-listed and Private Companies of the Group.

Mr. Batlay joined the Lakson Group in the year 1986 and is an active member of the Board of Directors of the listed group companies. He is member of Audit Committees of three listed companies of the group. Have also been a member of several committees of the Federation of Pakistan Chamber of Commerce & Industry, Karachi Chamber of Commerce & Industry, and various Governmental committees. Mr. Batlay is presently a member of the executive committee of American Business Council. He has served as President of the American Business Council, Chairman and Member of Cigarette Manufacturers Association of Pakistan, Marketing Association of Pakistan.

Mr. S.M.Barinuddin joined Lakson Tobacco Company (LTC), of the Lakson Group as Marketing Manager in the year 1973 and was responsible for establishing a complete Marketing Set -Up by effective use of available resources & enhanced Company’s strength. During his association with LTC until 2007, designated as Director Operations & Administration, thereby coordinating with marketing, Commercial & Production Departments for smooth Mobilization of Cigarette Supplies to its consumers synergizing with Administrative Logistics. This position also entailed dealing with the FBR (then CBR), Customs & Excise, besides, Legal & Labor related matters until March 9, 2007 when Phillip Morris International (PMI) took over LTC. Mr. S. M. Barinuddin was consultant to Phillip Morris International till December 31, 2010 reporting directly to the CEO of the Company.

Mr. S. M. Barinuddin was appointed Independent Director at Merit Packaging Ltd. and is the Chairman of the Audit Committee. He is a Certified Director having completed all the requirements of the ICAP Director’s Training Program duly approved by the SECP. He carries over 4 decades of practical experience.

Mr. Ansari brings over thirty years of rich and diversified experience in Commercial, Corporate & Investment banking as well as corporate sector. He has held senior management positions over the last twenty five years and was CEO of a major NBFI between 2003-2011 and played a key role in the development of SME sector in Pakistan. He was instrumental in setting up of an investment banking arm of a foreign bank in Pakistan and establishing a new bank in South Africa.

He has advised on numerous fund raising, acquisition and privatization transactions over his carrier. He possesses rich experience in restricting and rehabilitation of projects in distress. He is highly respected as a Leader in his field with respect to special focus on restructuring and project turnaround.

He has served on various advisory committees of the Government and the board of Karachi Stock Exchange as a representative of the Government of Pakistan. He also served/services on the Board of Directors Commercial Banks, Leasing, Modaraba, Insurance, Asset Management, Petroleum and Food Products Companies.

He obtained his MBA degree from IBA, Karachi in 1983 and Certificate in MIS from US Department of Agriculture School, Washington D.C. in 1990. He is also a Certified Director from the first batch of Pakistan Institute of Corporate Governance. He is an investment advisor to some of the leading Business families in Pakistan. Away from his professional commitments, he enjoys reading, traveling and experiencing new cultures. 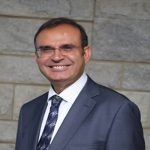 Mr. Fudda is also an independent director of Pakistan Stock Exchange. and Central Depository Company of Pakistan wherein he was elected as Chairman of the Board of CDC in January 2018. He also serves as Independent Director on the Board of Pak Suzuki Motor Company and AlMeezan Investment Management Limited as well as a Country Representative for SCOR – A Global Tier 1 Reinsurer. He is also a Member Board of Karachi Council on Foreign Relations and a Member, Executive Committee of English Speaking Union of Pakistan. Moreover, since 2003, he continues to serve as a Chairman/Member of Alternate Dispute Resolution Committees (ADRC) of the Federal Board of Revenue.

Prior to joining PSX (formerly KSE), he was Country Chief of New Zealand Insurance and Commercial Union (CU now AVIVA) and founder MD of CU Life (now Jubilee Life) Since 1990, he has been serving as the Honorary Consul General of New Zealand for Pakistan and being its sole representative, his responsibilities include, consular affairs, trade, education & facilitations of visas. Earlier he held positions such as Country Director, Center for International Private Enterprise, an affiliate of US Chamber. Chairman, Islamabad Stock Exchange, Presidents of Overseas Investors Chamber of Commerce & Industry and Management Association of Pakistan. He has also served on the Boards of Investment & Privatization Commission, Pakistan Institute of Management and Federation of Pakistan Chamber of Commerce & Industry and National Center for Dispute Resolution

In 2006 Mr. Fudda was conferred Sitara-e-Imtiaz (S.I.) by the President of Pakistan. In 2002, he was recognized as the Honorary Officer of the New Zealand Order of Merit (ONZM) and in 1990, NZ Commemoration Medal was conferred by the Queen of New Zealand. He has traveled to 120 counties in six Continents. 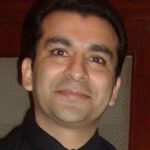 Merit Packaging Limited, a Lakson Group Company, was incorporated in Pakistan in 1980 as a public limited company and is quoted on the Pakistan Stock Exchange.